The west coast of Sardinia is certainly far from the nightlife.

Here the white waves, the turquoise sea and spectacular pink flamingos are the masters.

Look around and enjoy the wonderful panorama, while you can visit Oristano one of the main towns of this part of Sardinia.

And if you happen to be here on Sunday or the last Tuesday of Carnival, you can attend the equestrian tournament of Sa Sartiglia, and enjoy the atmosphere created in these two days, experiencing the traditions of the place.

Do not miss the Sinis peninsula, which in addition to its wonderful beaches offers you the opportunity to visit the fascinating area of ​​Tharros, a city founded by the Phoenicians.

Here also arise the island of Mal di Ventre and the Scoglio del Catalano which together with the Sinis peninsula form the Marine Protected Area of ​​Sinis Mal di Ventre.

Further, you can visit Cabras with its Giovanni Marongiu Municipal Archaeological Museum which houses the famous giants of Monte Prama, the oldest statues in the Mediterranean.

Also in this area are the Roman baths of Fordongianus dating back to the first century after Christ, which since their foundation have exploited a natural source.

Still active at a constant temperature of 56 degrees.

In addition, going a little further south you will be kidnapped by the Costa Verde and its wide beaches and coves.

Rocky beaches with golden sand.
It is still the beach of Piscinas, the beach of Masua in front of which there is the 133 m high limestone cliff called Pan di Zucchero.

Costa Verde and its unspoiled nature

Costa Verde is at South of the Gulf of Oristano we find a set of immense beaches and imposing cliffs,

Oristano and its surroundings are one of the areas of high cultural interest on the island. What to see in 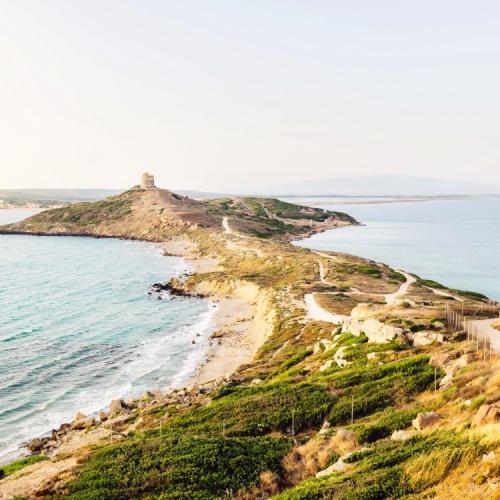 Sinis has been defined by Europe as the tourist destination par excellence. This is because in this locality, traditions and