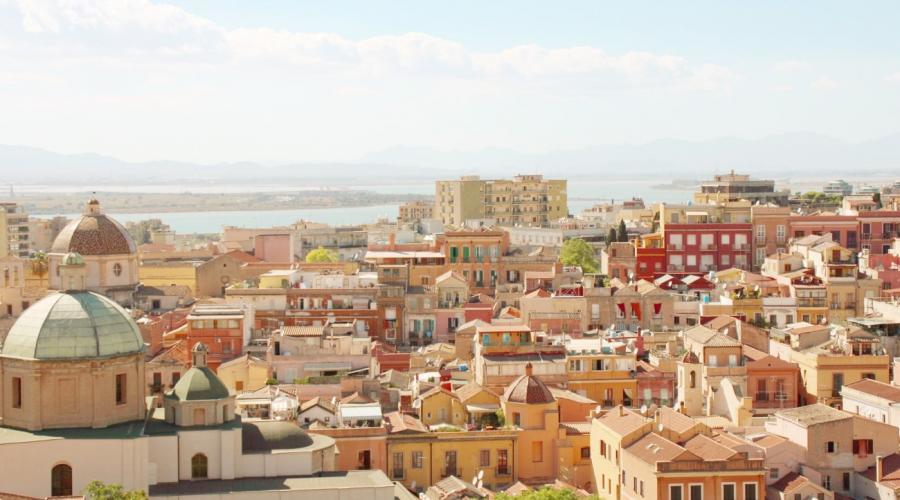 What to visit in Cagliari?

Here you absolutely cannot miss Cagliari and the Sarrabus!
We recommend starting from Cagliari, an extraordinary city with its ancient part located in the northern part, and its picturesque streets that connect it to the port.

Continuing east you come across the Sarrabus mountain and wooded landscape.
Towards the sea you will see the two most beautiful beaches in the area: Villasimius and Costa Rei.

Two of the most visited destinations during the summer by tourists from all over the world who come from May to October in this splendid portion of this wonderful region to visit these unique and extraordinary beaches.

Cagliari with its four main districts, is the custodian of a thousand treasures of antiquity.
There are many attractions in this city starting from Stampace and the nearby Piazza Yenne.

This part of the city where the workers lived was the poor part of the city, near the Castle.
The Castello district, located on the highest hill, houses the ancient ramparts.

The latter today are beautiful terraces, a place for Cagliari’s cheerful nightlife.
Another place you can visit in Cagliari is the Marina district.

It is very interesting to visit this area on foot in fact it is possible to find numerous shops in its colorful alleys.

Then you can take a walk in the Villanova district, with its squares and its wonderful sanctuary and the Basilica of Our Lady of Bonaria.

Information on the center and surroundings

It can be said that the most important attraction of the city is the Castle where the aristocratic class lived inside during the Middle Ages.

Here you can admire the ramparts built by the Pisans and the Aragonese.
This neighborhood is called Casteddu, by the local people.

The beach not to be missed is Poetto beach, one of the longest Italian beaches.
It extends for over 7 km, its southern end is near the promontory of Sant’Elia also known as Sella del Diavolo.

According to a legend it was a place of confrontation between Lucifer and Archangel Michael.
This beach is a destination for Cagliari people who come to stay there during the summer and enjoy the wonderful sea.

Another wonderful beach is Simius, in the Villasimius area, a strip of sand next to the Notteri pond.
The Riso Beach and Campulongu Beach are also nearby.

If you are a diving lover, you cannot miss the opportunity in Villasimius to go to Capo Carbonara.
Some of its areas are military zones but mostly it is a marine reserve, which includes Isola dei Cavoli, Secchia Dei Berni and the island of Serpentara.

This area is home to several bays covered with white quartz sand.

You cannot miss also Cala Giunco, the most beautiful beach in Villasimius with a narrow strip of white sand from the blue sea and from the lagoon of the Stagno di Notteri.